In 2011 there were two weeks with 50 residential Summit County properties going under contract and one with 48 (the 48 is actually this week last year!). This year the county already had one 40 under contract week and this past week “best of 2012’s” 42 – this week could be another big one for the county and perhaps another best!

Very interesting that it took a couple and a half years for the local market to bottom out and yet three years into the local recovery the market has only etched out 13 percentage points from the minus 63% to minus 50%. Or another way is that our market still has to climb back up 79% of the decline to get back to the peak years. Even with that long way to go the county’s market is moving steadily in the right direction with three years of consistent double digit improvement – a market picking up steam. Very interesting and even more so when you look to your left and your right there are plenty of associates doing extremely well in this market and they are following that steady improvement each year that the market has under gone for the past three years.

One either sees tremendous opportunity or one sees the obstacles blocking opportunity. I see plenty of opportunity! The county has a declining associate base (down to 480 now) and an improving transaction environment; coupled with very high average sold prices – which translates into very high average commissions earned and all that combined equals great opportunities. Actually tremendous opportunities to earn big now and build a big business into the next 3, 5, and ten years….and associates are doing exactly that right now.

Currently the county has 1563 active residential properties for sale and of those 38% will sell by year end if the county retains that 15% lead over last year. Plenty of properties for buyers to pick and choose their resort homes and, interesting enough, 62% of the properties ‘for sale’ today will be on the market the first quarter of 2013. Be sure to check out all the updates and the attached Status Report where you will notice the Breckenridge office is up 61% for UC’s, the Keystone office is up 31% and the Frisco office is up 12%.
Want to improve the chances of your home selling try the following top three items needed to ensure a home will sell today (within 3 to 4 months). 1. Price the home right. 2. Put it in good condition to show. 3. Make it available to show.

By the way, a new format for the following Http://HowsTheMarketUpdate.com and http://WeeklyREActivity.com . And a whole lot of information at http://AllMarketStats.com .
Posted by Nancy Yearout at 5:03 PM 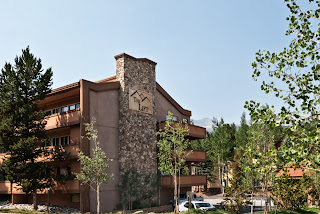 Check out my brand new listing at the Lift Condos that is just a "stones throw" from the Quick Silver lift as well as, Downtown Breckenridge shopping and dining. Huge Views, stainless appliances and granite kitchen counters. Two bedroom/loft, 3 bathrooms, 1361 SF & priced to sell, only $565,000! Contact me today!